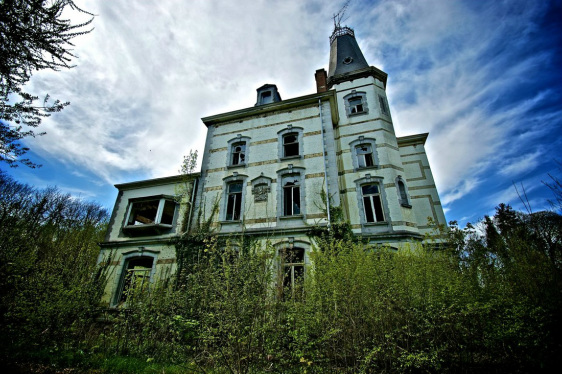 I really did not know what to expect when we got to this site, after hearing horror stories about soldiers taking people away from the castle, and then having to spend days at the mercy of the Military Police. I was expecting big high fences, and guard dogs. I worried for nothing it would seem.

During world war II the castle was used by the military. The area was developed by the German luftwaffe, with a total of 3  runways. It became an important location for the Germans. The famous night hunting pilot Otto Frieze stayed at the castle.

After the war the Belgium army took back the chateau, and the castle served as a officers residence. The infrastructure, created by the Germans, was  taken over by the Belgium airforce after the war.

More recently the castle was used a s a pilot school, and there are other derelict buildings surrounding the chateau that acted as dorms for the cadets.The site was totally abandoned in 1996.