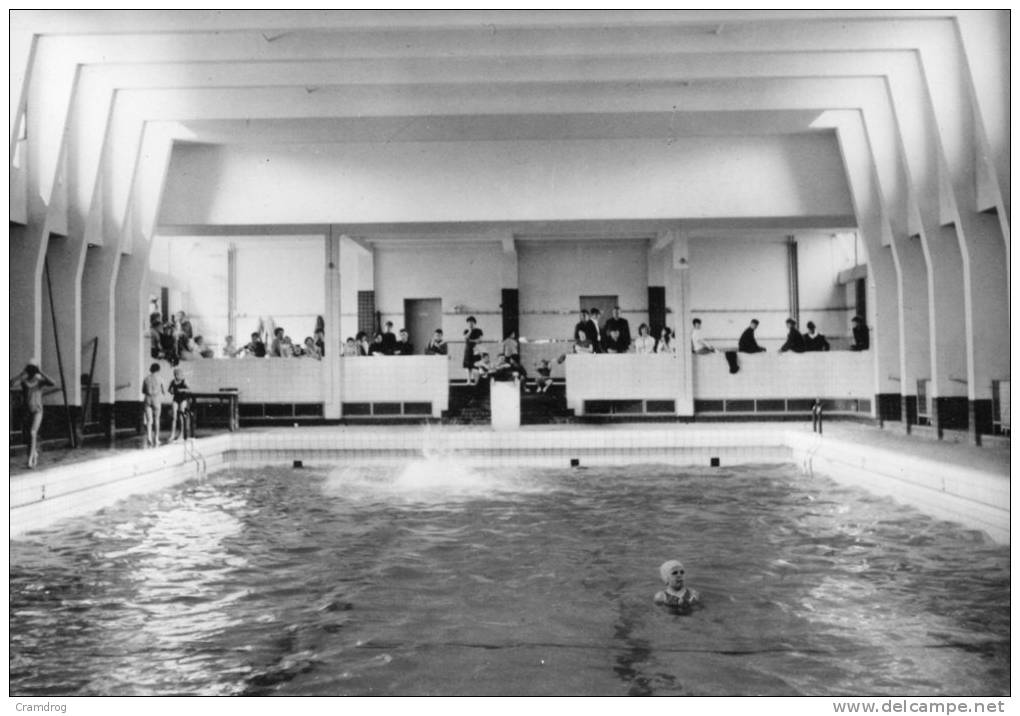 Piscine Solvay is an important building, brick built, with a flat roof. It was constructed in 1937-1939 by architect Cozac Elazar, and houses, among other things, a swimming pool, an auditorium and a restaurant . This building was constructed along with a a sister building, which is exactly the same, located in another town in Belgium. The facade is curved in the centre with a large semi-circlular lobby and a monumental staircase. The unique and stylised design has led to the building receiving special protection status.